How to Lay a Gravel Driveway Yourself

Laying down a gravel driveway seems like simplicity itself right?  Get yourself some gravel, spread it out, and voila, you’re done!

Well, not quite. Just as with any DIY project, putting down a gravel driveway requires careful planning and extensive preparation.

Just ask Christine and Jan at the blog www.littlehouseonthecorner.com! They recently purchased their first home in Manchester, England and have been chronicling their DIY adventures on their lively blog.

When the couple bought the property the driveway was a mess, marred by broken tarmac. It seemed simple enough to remove the broken bits, since the surface was already in such bad shape, and lay down gravel. 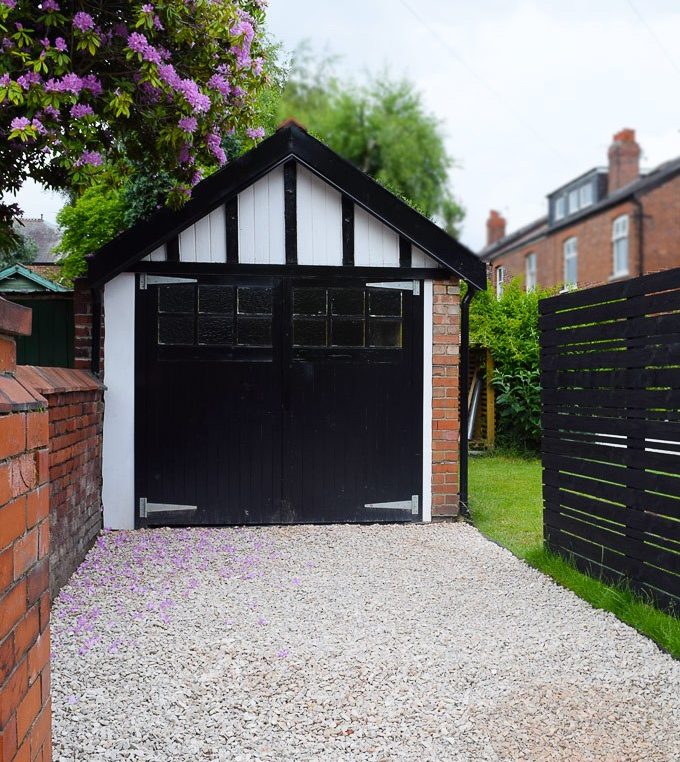 Removing the first layer of tarmac was fairly easy; it was the underlying surfaces that complicated matters.

Below the tarmac should have been a nice, solid base layer of suitable fill material. However, once the overlaying surface was removed, the base turned out to consist of nothing more than dirt, rubble and clay, completely inadequate for the support of a car, and likely the reason that the original driveway was in such poor shape.

It took a lot more digging and two full “skip loads” (aka dumpster loads) to remove the base layer and bring the driveway down to a stable surface. Now it was necessary to lay a new base layer that was capable of supporting the weight of a modern vehicle. This was accomplished by using high quality rubble aggregate consisting of various sized pieces of stone that compacts down to form a solid foundation for whatever driveway treatment is used above it.  Jan and Christine ended up needing five huge bags of what is known as “MOT type 1 aggregate” to fill the prepared area to the desired height and depth. 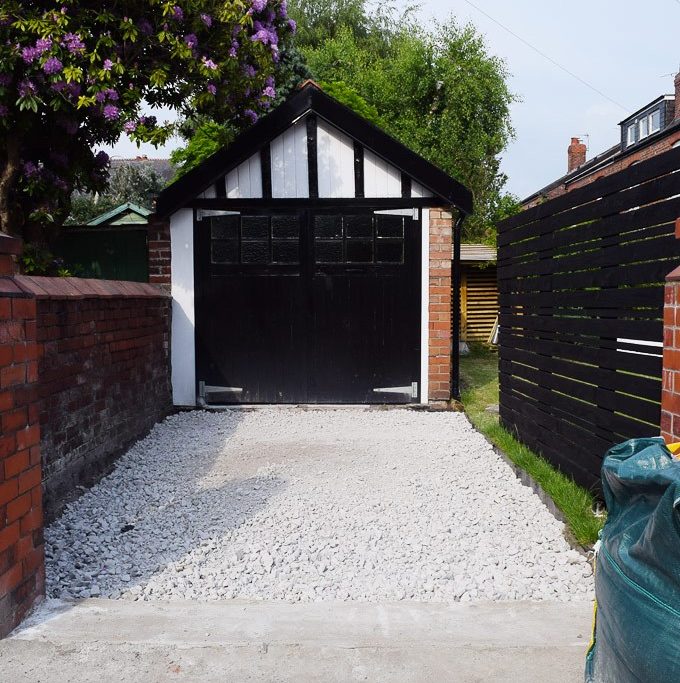 The aggregate then had to be compacted, a step that can only be accomplished with a compacting machine. Fortunately the couple had a neighbor who was also a builder and just happened to have one. The couple made short order of getting the rubble compacted and preparing for the next steps in the project.

Jan and Christine took a few missteps, relatively minor in the grand scheme of things, but worth getting right if possible. One of them was neglecting to put a barrier membrane to retard the growth of weeds (which can weaken and even break through a driveway surface) underneath the layer of aggregate.  The pair ended up installing it above the base layer, the long term effect of which is unknown at this point in time. Hopefully it works just as well as it would have in its proper placement.

Next came covering up the aggregate and weed barrier with sand—a ton of it, which Christine ended up having to install herself as her husband was working out of town that week!

So then the gravel, right? Well, not quite. Gravel driveways are notorious for shifting and settling, inevitably unsecured gravel gets thrown into the street and surrounding margins of the driveway. Their solution was a very unique product, designed to keep gravel in place and looking great for years.

Read all about this genius invention and their experience in finishing their gravel driveway here: 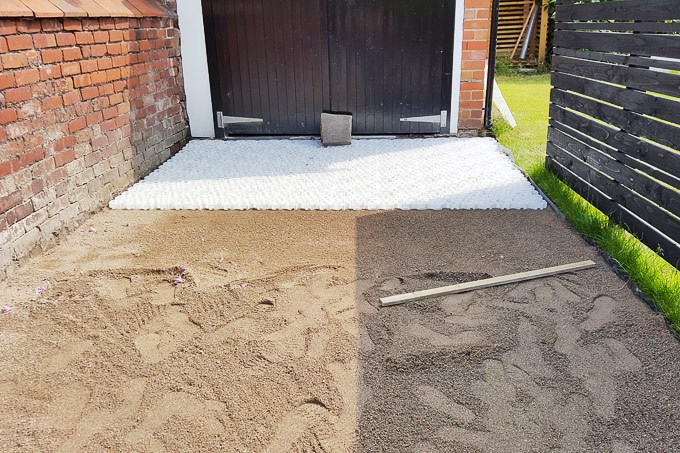